Cricket Champions are going to Lords!!!! 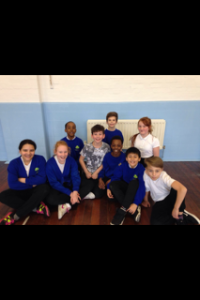 We are extremely proud to announce that the Middle Park Cricket team have qualified to take part in the next round of the Primary Schools Championship at Lords Cricket Ground on the 24th March 2016.

Schools from across London took part in a series of matches on Tuesday at a sports centre in Whitechapel. The teams we played against were really experienced with some County and District players.   The overall final score was a draw so the umpire had to find the winner by counting runs from all the matches AND WE WON!!!!

During the day our team showed excellent sportsmanship and a real determination through some real nail-biting matches. Some of the coaches from the other teams commented on our team’s sportsmanship and the high standard of our players. Diane, Brian and Graeme our cricket coach, who took the children, were also full of praise and how well the children represented Middle Park. A big thank you for the adults who made this happen. A big WELL DONE to our fantastic team!

Lily Redding shared some of her emotions “We played as a team and this was the best tournament ever and we are so proud that we made it through. Cedric, our captain was a fabulous leader and made sure we were in the right place at the right time. I thought Diane was going to faint and fall over with excitement. Brian had never seen a match like it before. I am so excited to be going to Lords!!!”